Making Up For Lost Time

Last year I had grand plans of travel and meeting a few bloggers and hopes of making headway on our project house. A death in the family with complications pulled my attention into a completely different but necessary direction. When I finally felt like  was getting back to normal, we had a hurricane. You know what they say about best laid plans…

I vowed I would make this year count. All the things I wanted to do last year, I have done this year…and then some! Needless to say, I have built up quite a few frequent flyer miles…and have much to share.

After some thought, I’ve decided to start at the very beginning…in January. I have started a routine of visiting my aunt in January and was pleased to have a wee bit of snow. It only lasted for a day or two but for a Floridian, temporary freezing weather is delightful.

My aunt and I are working on a series of projects documenting family treasures. Basically, I take photos and she tells me where they came from and if some have been given to other people – who has it. Then we put them iin a photo album for easy reference. Here are some examples. 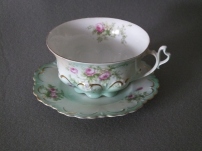 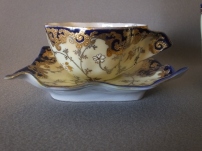 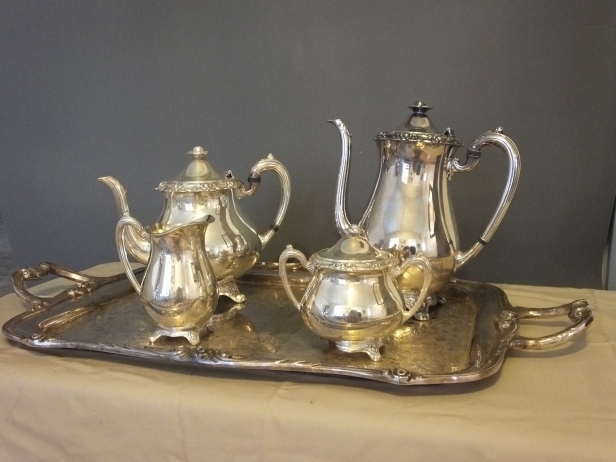 When we went through my grandmother’s jewelry it was like a trip down memory lane. Most of it was costume jewelry but there were a few special ones too. 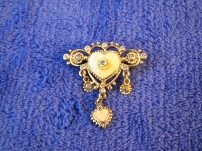 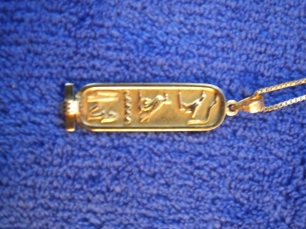 There are also a bunch of plates that were given to my great aunt from her employer, John Arbuckle – the coffee magnate, entrepreneur and humanitarian. She was originally hired as a companion for his wife and after his wife’s death, she became his nurse and housekeeper. I am not sure if the plates I have are from his own collection or if they were used on the boat he used – to give poor people an evening of fresh air and a decent meal (or a mixture of both). I do know that my great aunt worked in their household for twenty years and when John’s wife passed away, John asked her to be his wife. She declined because she didn’t feel it was appropriate.

Now that I had all these treasures, I needed a china cabinet to store them in. I found a nice used one that was reasonably priced. By the time I finished unpacking all the boxes the cabinet and drawers were completely stuffed. I really enjoy seeing them…and I do use them. 😀

This project was so successful that we are going to do the same thing with all of the family paintings. Both my grandmother and grandfather were painters, my grandmother was both talented and prolific and we have a walk-in closet full of her work. Though I have seen most of them as I was organizing closets, there are several large boxes that have not been opened in twenty years. I am hoping that my favorite is in those boxes. I am looking forward to doing this project and it will be nice to have a catalog of the complete collection.

My next trip was a quick vacation with Rick…think, the Love Boat! I’ll be writing about that soon. 😀

← The Darwinian Gardener
Next Stop…A Much Needed Get-A-Way →

14 thoughts on “Making Up For Lost Time”