House Project – Prepping the Floors for the Plumber aka Bull Work!

So, the latest update, of which there are many, on our project…build a house. The first image may remind you that Rick took down a block wall to open up the space but as you can see, there are blocks embedded in the cement which need to be removed. Sounds alike a job for my super hero! 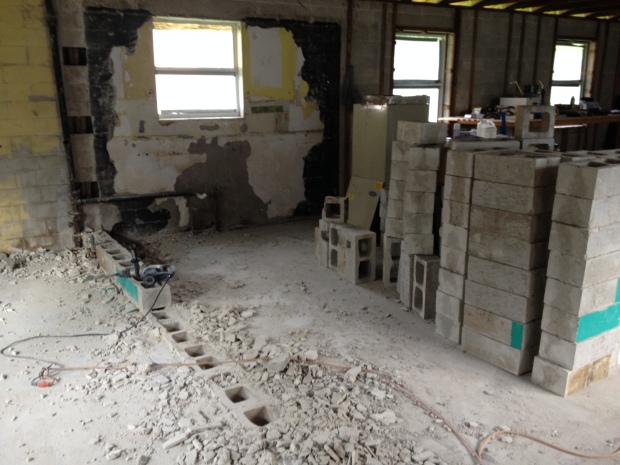 He also had some old plumbing that needed to be stubbed off and removed.

Are you sure the water is off??? 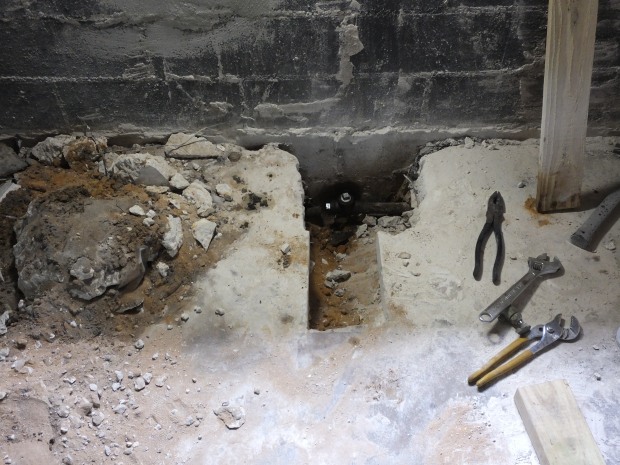 Now we get to the real project…cutting the concrete for the plumbing. Since Rick is not familiar with Florida codes we decided to use licensed contractors but to keep the costs down we are doing the grunt work. We will prep the plumbing and they will handle the digging for sewage.

Love this demolition hammer…it’s been a real work horse.

About ten t-shirts later he’s got a good start on the trench.

I’m not just taking pictures…he’s putting me to work too. A girl with power tools…watch out!

Though admittedly, he is much better at this than I am. 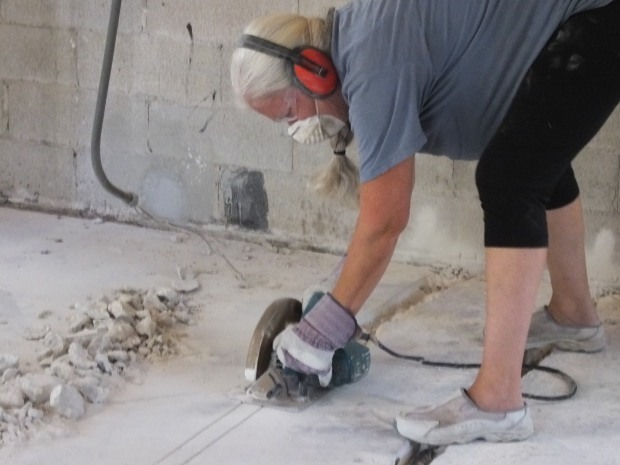 Since I am still recovering from breaking my hand last year I am not allowed to use the demolition hammer for fear the vibration may cause another stress fracture. We’ll see what I can do with the sledge hammer. Turns out…not much. I have a pretty good swing but it does nothing to the concrete…real bull work, if you ask me. Another job for Rick.

Here is something I CAN do! Yeah, it’s grunt work but it gives Rick a break.

A couple of days later…

We are ready for the plumbers. 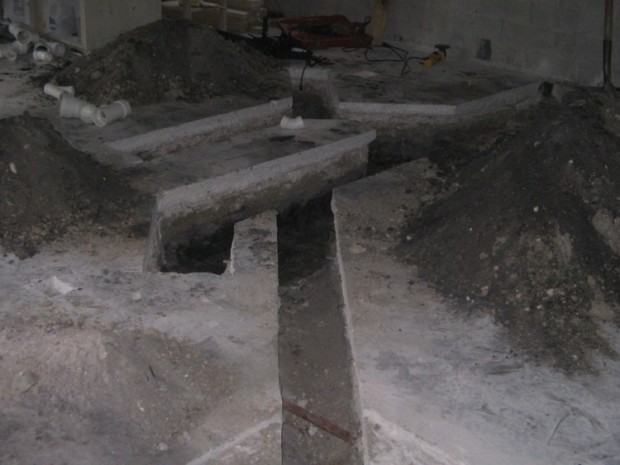 I can’t wait until we have running water inside the house. Up to now we have been using the water from the outside spigot as the inside ones were all damaged.

21 thoughts on “House Project – Prepping the Floors for the Plumber aka Bull Work!”