Just a short quick post…to share in something very exciting to me.

It’s been about six years since I started documenting my family history, all of it being the paternal side because I didn’t know anything about my maternal side.  The only thing I had listed for my mother’s side was her name. 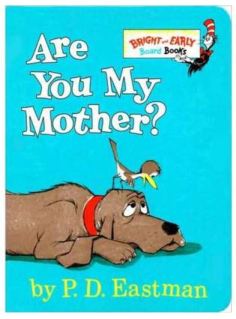 You see, my sisters and I were raised by my father who hired a few housekeepers along the way to give him a hand.  My memories of my mother are few and far between and some of them are more along memories of her absence rather than presence.

I remember being about five years old and seeing the house I grew up in, for the very first time. As I looked through the open back gate and marveled that the new house had a swimming pool, I was aware that she was not with us…yet I didn’t feel sad.

I remember when I was about six years old, I was standing by my father’s dresser and asked him, “Where does mommy live?” To which he replied, “Three mountains away.”  To my six year old ears, that was enough and I didn’t question it any further.  My father never really talked about my mother after that.

I don’t remember exactly when I got it, but I have one picture of my mother with my dad and my older sister at the beach…and I am in her tummy!  I loved that picture and carried it with me all the time!  One day, my purse was stolen and I lost the picture.

As I got into my teens I became curious about her and by my late teens had decide to search for her.  You see, I worked at the telephone company and had figured out if I called everyone with her name and asked if they knew her or were related to her that I’d eventually discover her.  I must have made a hundred calls when I realized that this was a bigger task than I had originally thought and abandoned the project.

Life continued on and I got married and had a child.  It was shortly after that I received a package in the mail.  It was my long lost wallet from my purse and inside the wallet was a moldy copy of my birth certificate and the picture of my mother…which fortunately was not moldy.  I don’t know who found it or who sent it or even how they found me…but I had been reconnected with my mother.  (Note:  I have lost it again, this time it is somewhere in my house.  But I am not worried…I know I’ll find it again, someday.

Some time after that, I remember talking to my younger sister about our mom and we had both agreed that if we ever found her we would play it by ear.  My sister had shared my interest in finding her and had even gotten one of those kits that help you track down family members.  We had both decided that we would be okay if she chose not to reconnect with us…after all we really didn’t know each other.  But, if she wanted to get to know us then we’d be open to that as well.

It wasn’t until many years later that I had my next memory of her.  I remembered a time when I was teething.  I was miserable and crying and someone kept trying to put something in my mouth, eventually figuring it out…it was a teething ring!.  At that very instant I realized that I was in my mother’s arms and though I was miserable and crying with snot running down my nose I looked up at my mother’s face and we connected.  The first and only connection I have been able to recall.  That one simple connection brought a lifetime of understanding where there had been a void.  For me, it was a confirmation of my existence which probably sounds like a strange thought to even think, but that’s how it felt.

Since I started my genealogy quest I have wanted to know more about my mother so that I could fill in the blanks to that side of the family.  I interviewed all the living relatives, trying to glean some piece of information that could help me.  I got a few details that steered me in a direction but nothing came of it.  Though, it did help me find someone who had died and had the same name and age,  It was possible, that this was my mother, maybe even probable but I could not confirm it was the same person.

A couple of years ago, while going through boxes of family photos, I came across some old film and had it transferred to CD.  One of the reels turned out to be pictures of me at my grandparents house when I was just shy of 1 year.  As the camera panned away from me, I saw the figure of a woman, laying on the couch, her back to the camera and I thought…is that my mother?  Maybe it’s my aunt.  Either way, I won’t have to wait long for the answer as I’ll be confirming who it is when I go to visit my aunt this week.

Seeing this footage inspire me to be more aggressive with getting information about my mother, from my father, so I called him up and really pumped him for every detail he still had.  I told him that the family history looked off balance as I only had his side of the family and I wanted to fill in some of hers. Well, I was successful in getting him to spill the beans.  Beans he wanted to protect us from.   I could tell that talking about it made him sad as my mother was a troubled person, someone who would never win any parenting awards.

By the end of the call, I could understand why he was never interested in sharing stories about her and decided that as far as the rest of the family was concerned, history is just that …history.  I thanked him for telling me and for his courage in taking on raising three very young girls as a single parent in the sixties.  In the end, what he told me didn’t reveal any more detail of how I could find her than I had before but at least I knew that I had all the information there was to be had.

Two days ago, through family research, I found the connection to her side of the family and over the past two days I have been stringing along the various family members and contacting others for more information.  I haven’t as yet made contact with any direct family member but know of their existence and hopefully they might know of my mother’s but I am sure they don’t know of ours, as she does not have any children listed in any of the trees she was mentioned in.  And I have confirmed that she was the woman I had found earlier with the same name who was deceased.

An interesting after thought;  I mentioned earlier that I had started a phone search for my mother and a few years later my sister had purchased a “search for family members” kit…at that time, my mother was alive.  Had we pursued the search more aggressively, we might have actually connected.  She died  about ten years later at the age of 54 years and was listed as disabled on the death documentation. Perhaps it is best that we let sleeping dogs lie.  But the historian in me still wants to know about the family line so I will continue with my research…hoping for new discoveries.

Okay, maybe this wasn’t a “quick” post…but I had to share it!

← Would You Help?
Genealogy: Breaking Through the Brick Wall →